Everyone knows that key features for bitcoin include the blockchain and public ledger. People know they can utilize these functions to glean market insights or develop whole new applications, but it was mostly theoretical given the huge learning curve to understand how to parse the data. But, some recent news this week might show how that is all changing.

The first item was the acquisition of Blockr.io by Coinbase. Blockr.io provides data and analysis on a whole variety of crypto-currency blockchains, from bitcoin to Megacoin. Users can dig through a block, search for specific addresses, or view handy charts. I suspect that Coinbase believes that a better understanding of the blockchain will be paramount moving forward, and as they stated on their website “Blockr.io parses the bitcoin blockchain and presents the data to users in an easy to read way”. 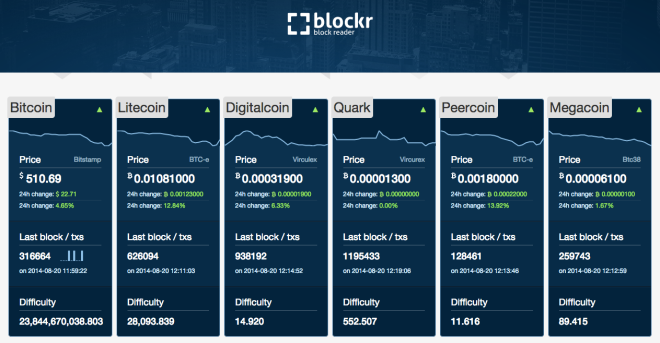 Taking this a step further is the company Chain, which is looking to build an easy-to-use API on top of the bitcoin blockchain, making it easier for others to quickly develop new products. I kind of think of them as a sort of Platform-as-a-Service (PaaS), standardizing the repeatable tasks in the “guts” of the protocol, and enabling others to focus on their specific applications. The big news for them this week is that they raised a $9.5M Series A, bringing their total funding to $13.7M.

Negotiating deals like these obviously take time, so I’m sure both of them happening within the same week is somewhat of a coincidence. But, I think they’re indicative of a growing interest towards moving bitcoin beyond being just a currency.

Taking a step back, it’s important to remember that the fundamental problem solved by bitcoin is how to create trust in a trustless system (sometimes referred to as the Byzantine Generals’ or Two Generals’ problem). And a better understanding and organization of the blockchain is the first step in developing things like smart contracts and distributed corporations. In other words, the changes brought about by the bitcoin protocol have only just begun.

Check out more of my bitcoin market coverage.